Skip to content
Give the gift of fun! give a Mount Kato Gift Card

The history of skiing in Mankato goes back to 1913 when Mankato native and action sport enthusiast, Harvey Lincoln Andersen was inspired to become a Nordic ski jumper.

Harvey recalls in a 1977 interview:

“I got the bug with the Haugens in Chippewa Falls in 1913, and I says to myself, “Oh, if I could only do what those guys do.” They built the tower… that steel tower at Chippewa Falls, supervised it. And they were a couple of the leading jumpers in their day. Anders Haugen was four times United States ski jumping champion. He took first place in the Olympics once in France. And Lars was seven times the United States world champion Ski jumper.

I finally got intah the class “A” jumpers, and I had a number behind Lars Haugen at Canton, South Dakota in 1925. That was ‘ the year that Lars Haugen won his seventh United States ski jumping championship.”

In 1937 Andersen was looking for a place to build Nordic ski jumps. Local jumpers had been using the hill at the end of Belgrade Avenue, but as Mankato grew, area jumpers were forces to find other venues.

“I had one, [a Nordic Jump] in Tincomville. Yes. [The] same place where they put up the jump for the [1920] winter carnival. [near present-day Stadium Road] That Is where I done my practicing for tournaments. Down on James Avenue, that’s right. [I] jumped in a couple tournaments in Minneapolis at the big slide they had at Wirth Park, now taken down.”

Early on Skihaven featured five graduated jumps — the largest was 125 feet. Ski Jumping was not the only activity. Skihaven also features a toboggan run and sledding. The first lift, a tow rope, was built in 1945, using a Buick engine and hemp rope. The area was first known as “Andersen’s Hill” until the mid 1940s When it was given the Name Skihaven. The first chalet, the log cabin, was built with telephone poles in 1952. Ski Haven’s second lift was installed in 1954.

Andersen maintained the equipment, and he entertained guests with his storytelling; ocarina & harmonica playing; and yodeling.

Dolly and Harvey found out 12 to 13 weeks of possible skiing was a hard way to make a living. There were weeks when it was too cold, too warm, too much or not enough snow to ski. There was plentiful snow in 1951, which was a good year for skiing. However, the spring melt resulted in a flooded chalet.

Their son opened Jim’s Sporting Goods Store in 1964, which helped fill the demand for ski equipment in town. 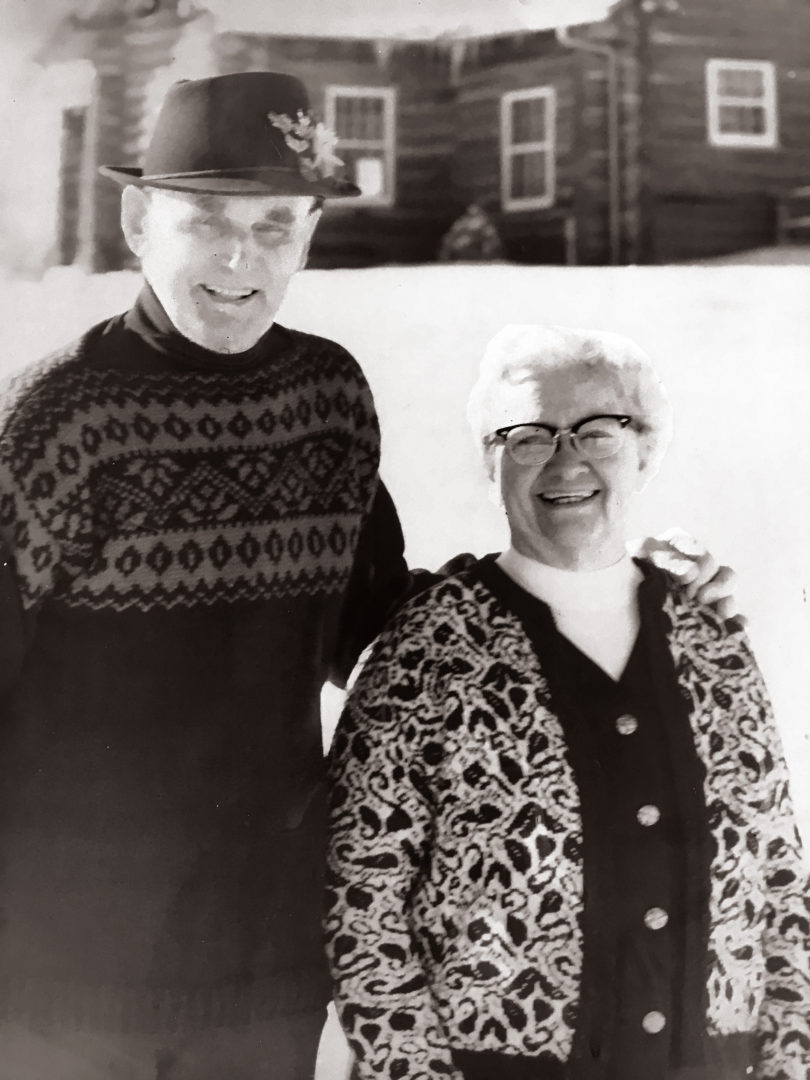 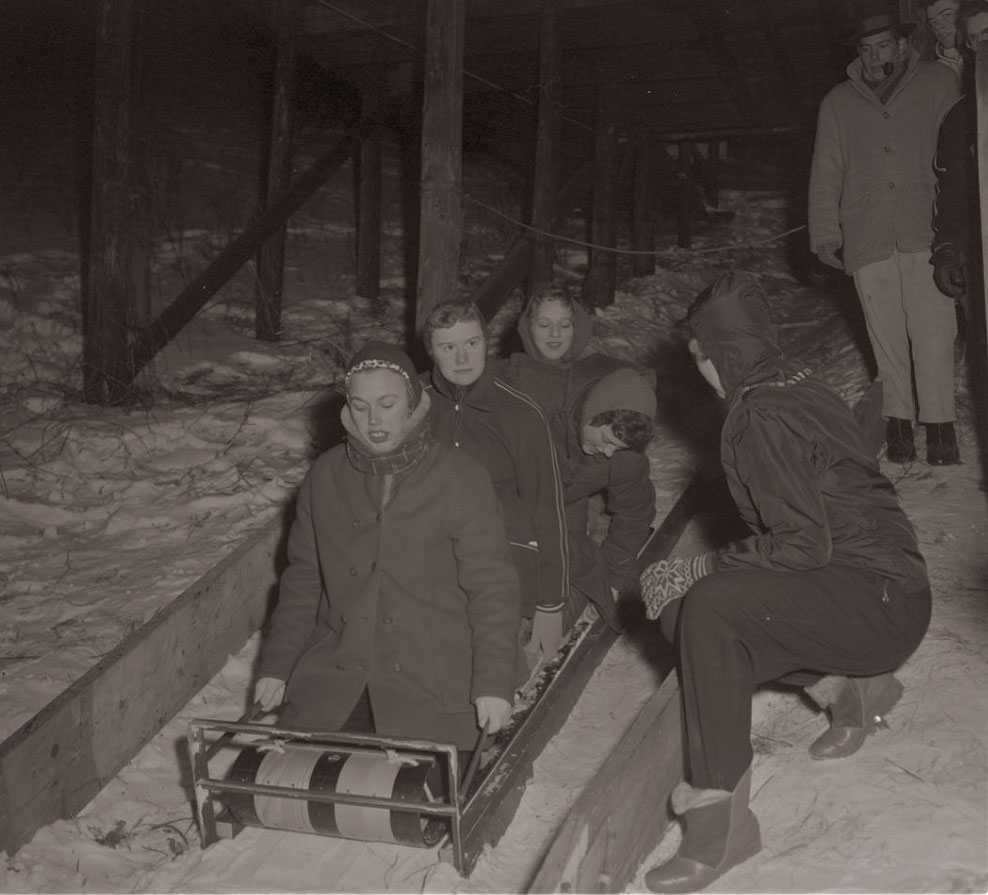 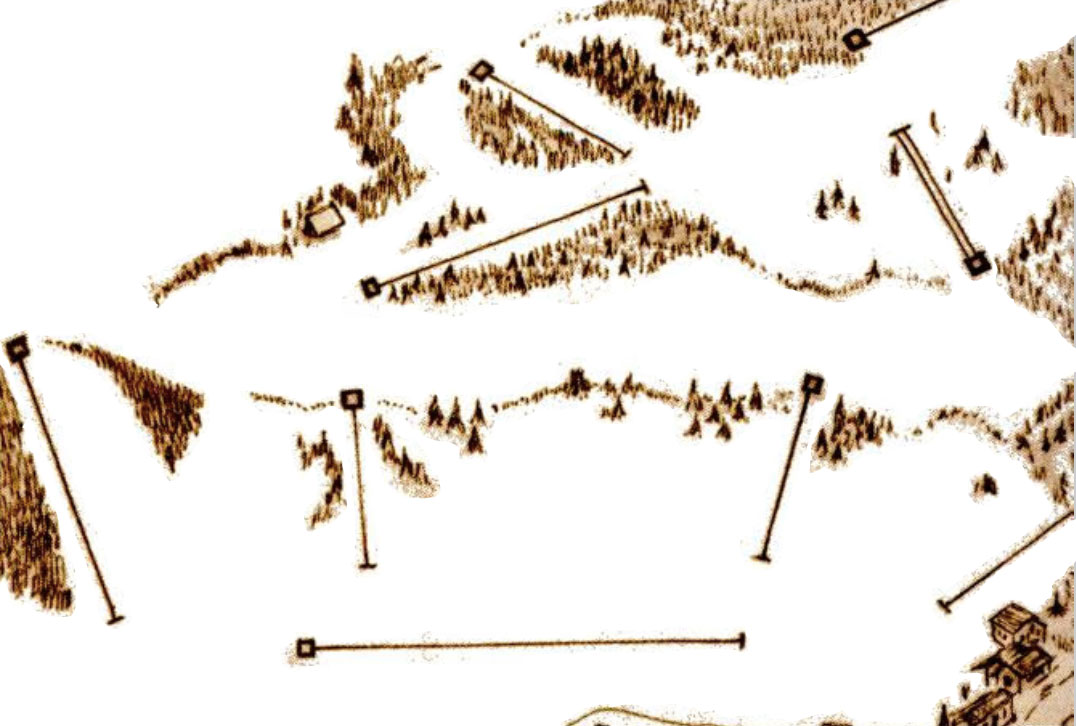 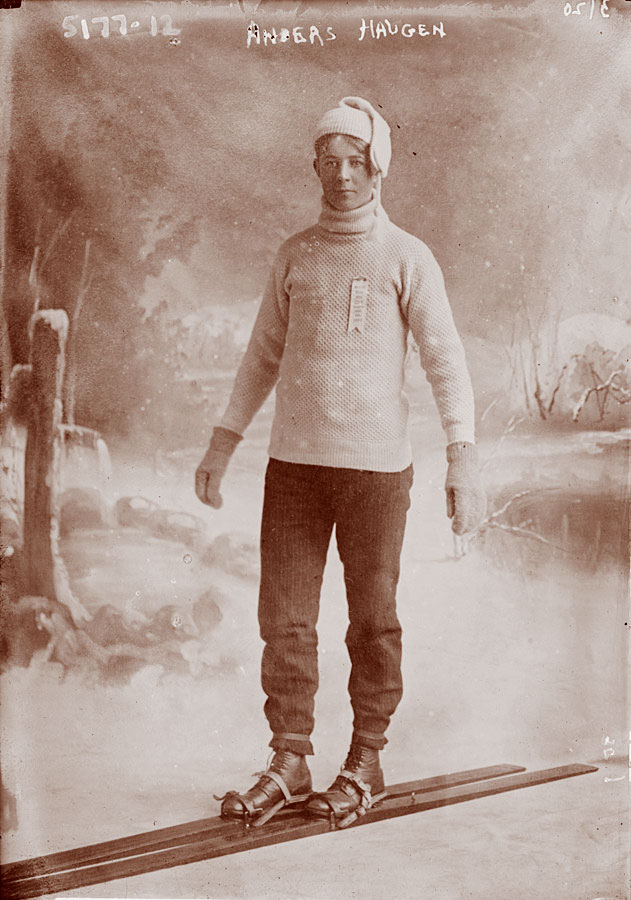 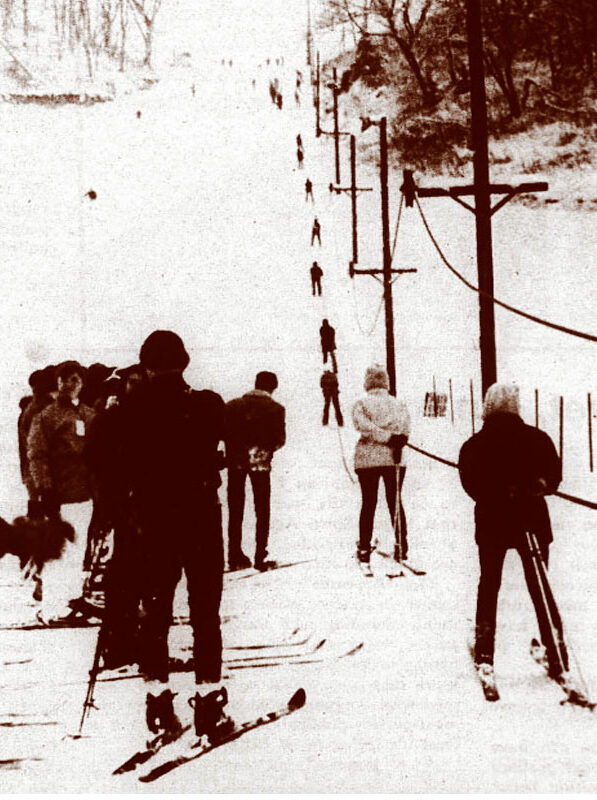 Skiers Using One Of The Tow Ropes